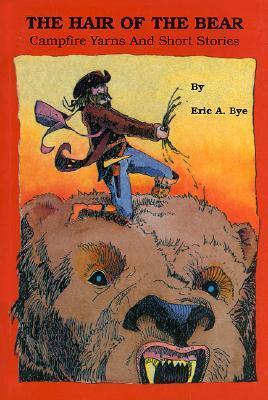 Why some folks has told me that these tales is more fun than a painted monkey, and pretty soon I guess youll judge for yourself. If you like em, maybe youll tell em around one o your campfires.Thus begins The Hair Of The Bear, a knee-slapping collection of yarns and short stories which recall the independent, adventurous lifestyle and outlandish humor of the early American frontier. Some of the tales are written in correct English and some in the joyous, reckless language often ascribed to rugged pioneer individuals.

Previous knowledge or interest in this era is not required to enjoy these stories, which should appeal to all ages. The stories focus on exploits in the wild outdoors and are characterized by surprise, deception and exaggeration. Most are intentionally situated in an imprecise time frame and can be read with either a contemporary or 19th century frame of reference.The book contains 23 stories ranging in length from two to fifteen pages, starting with a glossary in story form to familiarize readers with the frontier terminology used throughout the rest of the book. Bunyanesque dilemmas and animal adversaries such as buffaloes, bears and snakes abound.

The more imposing and dangerous the obstacles and the animals, the more interesting the story. Most are illustrated by one of 23 pen and ink line drawings by noted artist Tom Elisii.Titles include: The Great Buffler Chase, How I Saved My Life By Shooting Myself, A Narrow Escape, Delivered From The Spirit Trail, The Catamount And The Big Swallow, Fresh Bait, The Track Of The Windigo, A Pilgrims Progress, My Disagreement With A Sarpent, Uncle Eefs Rifle, Checkmate, A Strong Attraction, Outfoxed, How I Acted In My Own Defense, Freezin Times, A Favor Repaid, Ol Broken Wind, Prospecting On The Winneanimus, Bat-Eyes Last Laugh, A Partnership, Pickbones Victory Dash, Semi-Glossary, and A Rancantankerous Rifle Barrel.