Pen Vs. Paintbrush: Girodet, Balzac, and the Myth of Pygmalion in Post-Revolutionary France Alexandra K. Wettlaufer 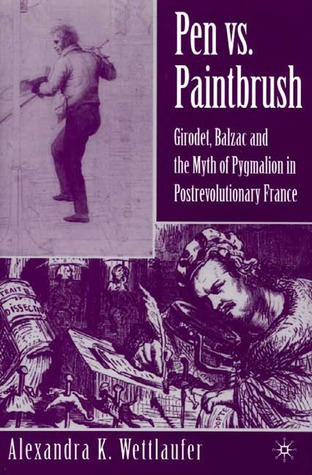 Pen vs. Paintbrush explores the sibling rivalry between the sister arts from 1789-1830, focusing on the anxieties of aesthetics, artistic selfhood, and masculinity as they are brought forth in a competition between painters and authors for ascendancy during a period when definitions of gender and genre had been radically destabilized.

The works of Anne-Louis Girodet and Honore de Balzac manifest the two-fold rivalry of gender and genre in their compulsive reworkings of the myth of Pygmalion. Pen vs. Paintbrush documents the ways in which this emblematic pair of artists responded to and represented the anxieties of artistic production, identity, and gender that confronted an entire generation.

Comments
Comments for "Pen Vs. Paintbrush: Girodet, Balzac, and the Myth of Pygmalion in Post-Revolutionary France":